“This is the end of an amazing World Championship. It’s a happy and sad end. We are very happy because it was a very successful event, but it’s sad because it means we have to leave Nicaragua,” remarked ISA President Fernando Aguerre. “We have confirmed what we discovered last year, a surfing paradise. It was in our dreams, a small nation in Central America full of waves, offshore winds, good people and very accessible. Nicaragua has been so good, that all of us, the 500 people that came for the event, will continue to come back here and tell the rest of the world about it.”

Aguerre continued, “On that note, I’m very happy to announce that the 2014 World StandUp Paddle and Paddleboard Championship, will be held in Nicaragua in the ocean that gave us all these great waves, and also in their beautiful Lake Nicaragua.”

After a week full of excellent waves and conditions, the final day did not disappoint. The surf was in the waist to chest-high range with perfect offshore winds all day long, providing great waves for the surfers to perform at their highest level. 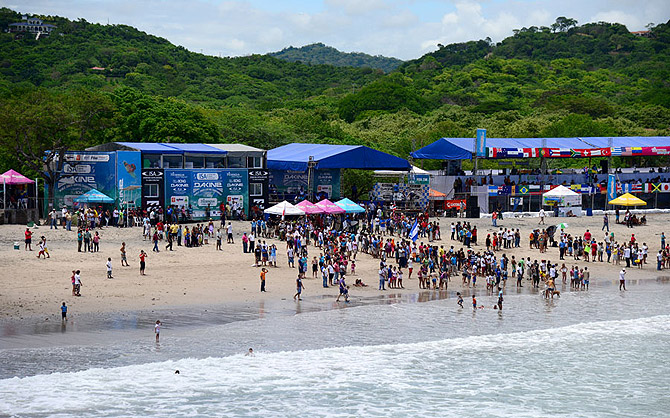 The first final in the water was the Girls Under-16, where Hawaii’s Mahina Maeda, posted the best total heat score of the whole event, 19.16, earning the Gold Medal and World Championship.

“I got a six and a five in the beginning of the heat. I got a great start and I was leading the whole heat, it was a great feeling,” said the new Girls Under-16 World Champion. “I knew that I needed a bigger score to build up my heat total. I know these girls are capable of getting big scores. I had the confidence in me, so I came from behind, didn’t hassle with anybody, and got the scores I needed. I’m really proud of myself.” 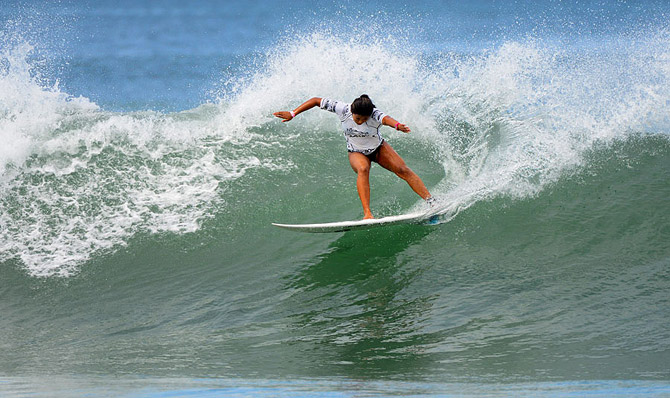 Up next was the Boys Under-16 Grand Final. Australia’s Jacob Wilcox won the Gold, earning 14.90 points, in a very close final against Silver Medalist Leonardo Fioravanti (14.73) from Italy. The Bronze went to Jake Marshall (12.20) from USA and the Copper to Reo Inaba (11.76) from Japan.

“It was a really tight heat,” said the new Boys Under-16 World Champion. “I got a 6.5 on my first wave, then Leonardo (Fioravanti) got an 8, so the pressure was back on me. I needed to get an 8 also. I’m just so happy to win the Final and be a World Champion. It’s been my dream since I was a little kid. I’m so happy. I don’t even know how to describe how I feel now. I’m just so happy, feels like I’m floating. This is my second year competing in a ISA event, and it means a lot to be able to represent my country, Australia.” 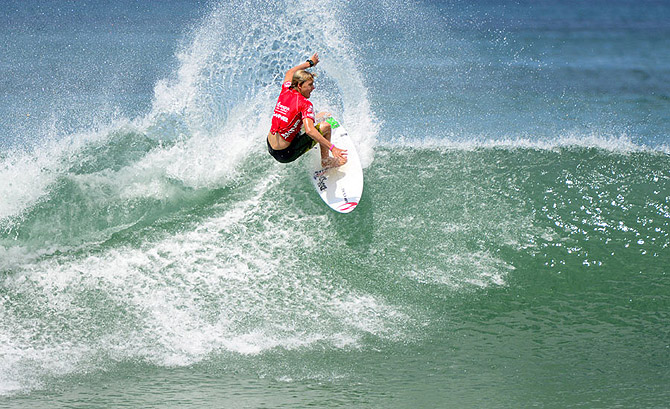 Hawaii’s Tatiana Weston-Webb, continued her dominance, as demonstrated all week, into the Girls Under-18 Final. With another great performance, Weston-Webb won the Gold Medal.

“Getting the gold here in Nicaragua this year means so much to me; I wanted it so bad,” said the new Girls Under-18 World Champion. “It has been my goal for a really long time, I’m super happy. It was a really long and hard week. Our team stayed focused on being a family during the whole contest, and I think that was our advantage. I’m really psyched to have a Gold Medal; I don’t have any words to describe it.” 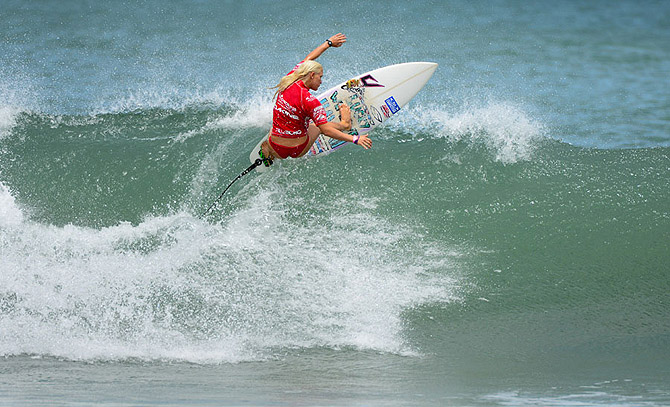 In the Boys Under-18 Final, Hawaii’s Josh Moniz won the Gold after posting two big scores at the beginning of the Final, a 7.00 and 7.43, for a total of 14.43. Australia’s Soli Bailey followed closely, but couldn’t find a wave to advance over Moniz, earning 14.40 and the Silver Medal.

“I was nervous, and I got my two scores in the first five minutes,” said the new Boys Under-18 World Champion. “I thought that Soli was in the lead because he had an 8 and a 6, so I thought that I still needed a big score, but once I heard that I was winning I was watching out for Soli, because he’s a super good surfer. I think he got a six on another wave. I got lucky enough and I won.” 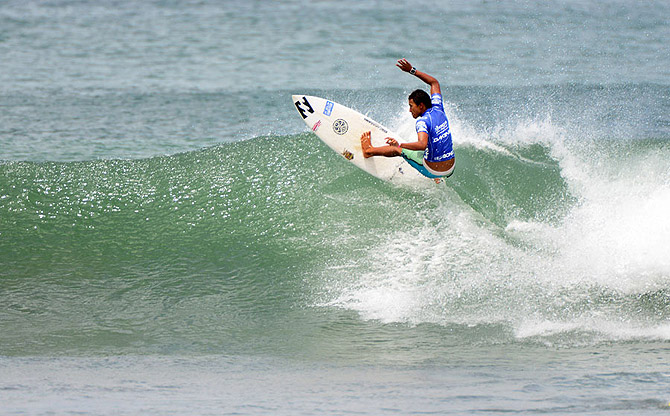 It is important to note that Nicaragua was fielding its first ever Junior Team in ISA competition.

Two special events took place today. First was a presentation from the people of Tola, which is region that includes Playa Jiquiliste, to ISA President Aguerre. Community leaders gathered and delivered a special gift in appreciation of the ISA coming to their city. Part of the presentation was the telling of the traditional story called “La Novia de Tola” or “Tola’s Girlfriend,” which has turned into mythical story about a social scandal between a couple.

The second special event was the “Tola Groms Expression Session.” Team Nicaragua’s Captain, Jackson Obando, who was born and lives in Tola, surfed a 15-minute heat alongside four of Tola’s best young surfers. The local surfers put on a great show for the nearly fifteen hundred local spectators and competitors on the beach.